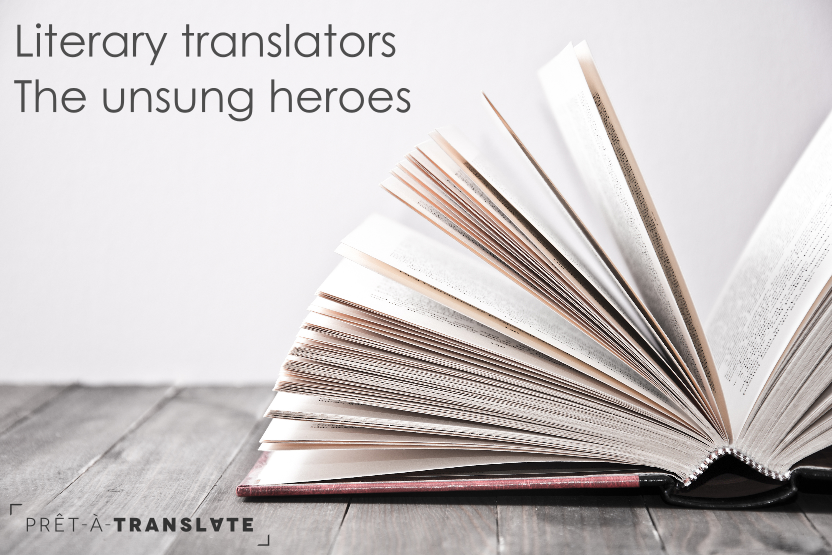 The unsung heroes behind the stories we know and love

Today is World Book Day and Saint George’s day, which is celebrated in Catalonia by giving a book and a rose to your love. I know we shouldn’t have to look for an excuse to give books (or flowers for that matter), but I grew up with the legend of Sant Jordi (as he is called in Catalan) and I like to keep the tradition alive.

World Book Day is celebrated on the same day that Cervantes died. And Shakespeare too, depending on the calendar you’re looking at.

Literary translation is not one of my specialisms, but I didn’t want to miss the chance to dedicate a post to literary translators who bring the adventures, dramas, emotions, history, culture and traditions of far-away lands to readers in other countries. So I asked for a helping hand from a close friend and translation professional: Inmaculada Serón Ordóñez, a translator who specialises in economy, finance and localization and is a researcher at Pablo de Olavide University in Seville.

Her name may ring a bell because a few years ago she discovered an unpublished translation of Hamlet by León Felipe. Or because she unearthed a plagiarised translation by a known Spanish writer while researching for her doctoral thesis, which focused on translations of Shakespeare’s works and analysed sixteen translations of the comedy Twelfth Night.

Do you want to know more? Keep reading, Inma will tell you. 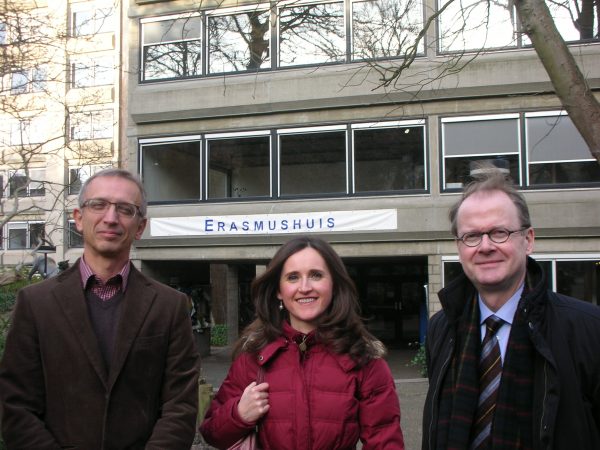 Inmaculada Serón and the Literature and Translation experts Dirk Delabastita (left) and Lieven D’hulst (right), at the Centre for Translation Studies at the Catholic University in Leuven.

The translation approach determines the reader’s view of the author

One of the conclusions I drew from analysing the Twelfth Night translations was that since the translations of Shakespeare’s work were so different from one another, they could determine the reader’s view of the original. Some of these differences are:

Six of the sixteen translations that I analysed in my thesis were translated by translators who were only known or practically only known by name, even though most of them had translated several of Shakespeare’s works. I tried to work out who they were by searching in library catalogues, historical newspapers, telephone directories and even on social media. Not only did I discover that the supposed Rafael Martínez Lafuente, who translated a collection of no fewer than 35 works published in 1917-1918, was really the novelist Vicente Blasco Ibáñez, but that he had actually collected, edited and republished more than thirty old translations (only two of the collection were new!) as appeared in the press (go to the bottom of the page to see an abstract in English).

I also discovered translators with an irrepressible passion for literature: Jaime Clark and Jaime Navarra Farré, whom I will describe in more detail.

A passion for books and translating Shakespeare: some words about Jaime Clark and Jaime Navarra Farré

Thanks to Jaime Clark’s and Jaime Navarra Farré’s passion for literature, many Spaniards have been able to read Shakespeare in their language.

Jaime Clark (1844 – 1875) translated ten dramas for the Spanish public (Obras de Shakespeare [sic], 1873-1874). He translated them from English into Spanish at a time when Shakespeare was usually translated from French versions. Furthermore, in this wide collection of works (especially for the time) he tried to respect the different styles used by the playwright, creating a translation in verse, which resulted in the first Spanish translation of Much Ado About Nothing. He was also the first person to directly translate four or five dramas directly from English to Spanish. This equated to the first major attempt to translate all of Shakespeare’s works into Spanish from the source language.

Clark was born in Naples to English family (his real Christian name was James). At 17 years old, he followed his family’s wishes and moved to Germany to study Mechanical Engineering.

He met several Spanish students there and quickly learnt Spanish. At 20 years old, he moved to Spain where he wrote for newspapers and magazines (international press and his own poems in Spanish) and translated German poetry, as well as Shakespeare. His early death, at just 31 years of age, cut short his intention of translating the complete works of Shakespeare, but Clark was already a reference in the Spanish literary sphere. 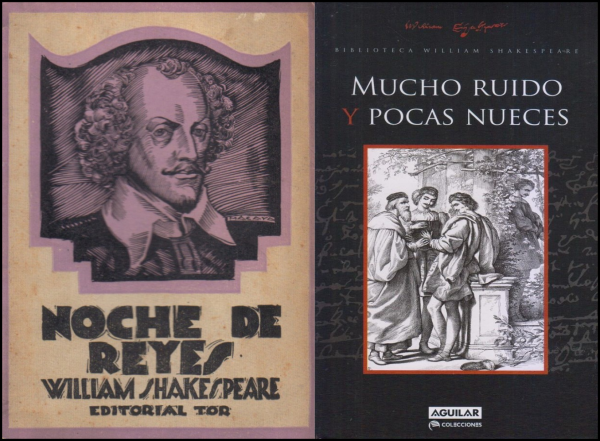 Twelfth Night and Much Ado About Nothing, two works by Shakespeare that we can read in Spanish thanks to literary translators.

Jaime Navarra Farré (1906 – 1999) translated twelve dramas into Spanish (1970-1972), in prose (with the exception of some short passages in rhyming verse —not only metre— of the original text, such as songs). He also intended on translating a complete collection but it was also cut short due to editorial issues. It was republished and re-edited on several occasions during the 70s and 80s and was also re-edited this century.

As a child, Navarra Farré went to the Sant Antoni market in Barcelona every Sunday and left with a new book. Although he had studied to be a draughtsman, he worked for his father as a locksmith all his life. Given his passion for literature, he decided to teach himself English, German, Italian and Esperanto. At 60 years of age, he left the family business to concentrate on writing and translation. In addition to his translations of Shakespeare, and some technical and literary translations, he also wrote some of his own works, which remain unpublished and may be why Jaime Navarra Farré didn’t become a recognised name.

As you can see, there is a lot more behind a book than its story. With these musings, Inma has tried to acknowledge and highlight the efforts made by two literature enthusiasts.

I think she has done them justice!

Happy World Book Day and see you for the next post!