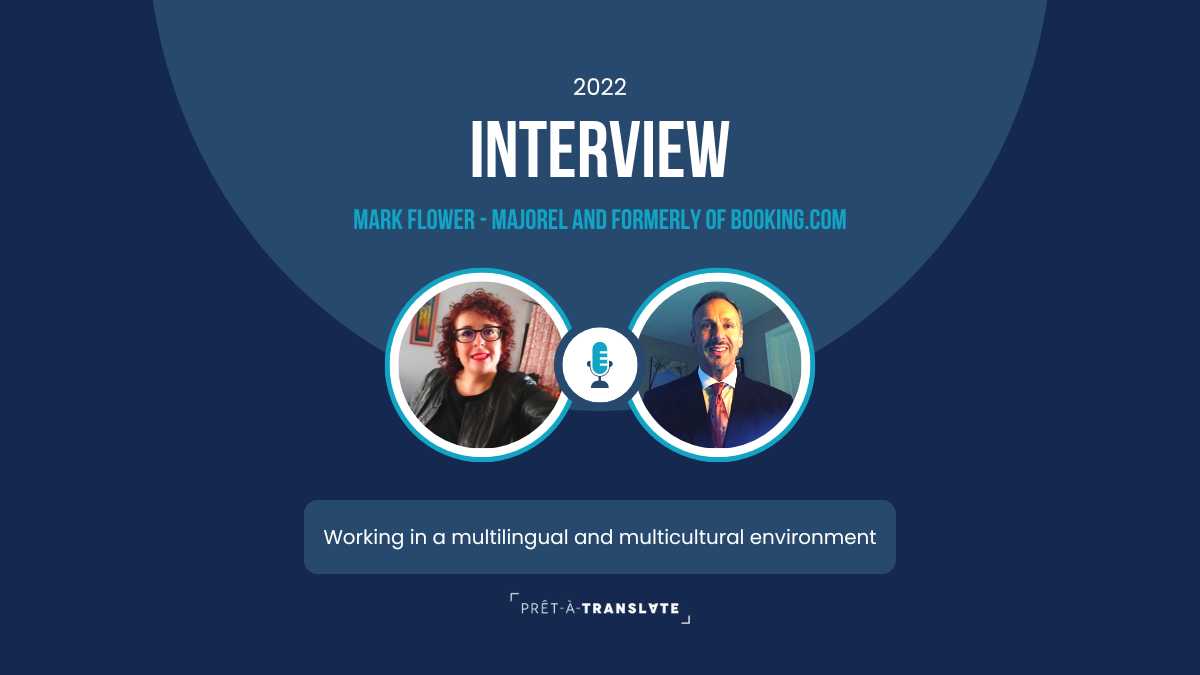 The importance of culture in customer service

Mark Flower worked in a multilingual and multicultural environment in the customer service quality department for the online hotel reservations company Booking.com for over 13 years.

From Gibraltar, he lives and works in West Michigan in America.

We ‘met’ on LinkedIn. He sent me a message as a reply to one of my posts about Spanish accents, and I interviewed Mark to learn more about his background, experience with languages and culture.

I hope you enjoy it!

How many languages do you speak? Tell me more about your culture.

I speak English (mother tongue), Spanish and French fluently and have intermediate knowledge of Italian.

Being from Gibraltar, I speak llanito, which is part of our cultural identity.

I relate to Puerto Ricans and Dominicans who speak another kind of Spanglish here in America.

But llanito is not just Spanish and English.

We have words from other cultures that make up the Gibraltarian identity, like Arabic, Hebrew, Italian, Maltese, and many passing cultures like Portuguese, French, and German.

It is a melting pot.

Unfortunately, I think the younger generations speak less Spanish and are more English-speaking than when I was there, which is a shame.

However, the atmosphere in Gibraltar is not 100% British.

Many things tell you it is British: the road signs, the pubs, the police and our infrastructure and institutions.

But the way of life is 100% Mediterranean.

We enjoy Spanish food and music, and when I lived there in the 80s and 90s, I used to love crossing the border to Spain.

We enjoy the cultural mix between British and Spanish and the other cultures that have left their mark on the Rock.

Have you ever lived in a different country? Did you experience a big difference in language and culture?

I lived in Paris for over ten years, where I taught English.

I adapted more easily to life in France than when I studied in the UK.

British culture is different from Gibraltarian culture, which is more European and a Mediterranean mix, despite the infrastructure being based on the British system.

Do you have any experience with translation or language training?

I have taught English, Spanish and French for 26 years.

I still teach Spanish and French to seniors and have dabbled in translation, but I can’t say I am skilled.

Most of my experience translating was documents I knew little about in English and which were uninteresting to me.

That said, I do enjoy watching subtitled films to see how accurate the subtitles are.

Do you work with people from different countries and cultures?

It’s a very diverse group, which I loved.

Besides language, how important is it to know the culture of your team/clients in your job?

I believe that in customer service, a thorough knowledge of your customers’ culture is essential for that customer connection and to provide the best service to them.

Just knowing the language is not enough.

I often have to coach our agents so that they know lexical and idiomatic differences in Spanish, for example (between Latin-American countries and Spain), but other differences are worth remembering.

For example, Argentinians tend to ramble more than other Latin Americans, whereas Spaniards can be more to the point.

That said, Spaniards could be considered verbose by Germans.

What is your biggest challenge with language and culture issues?

The biggest challenge is convincing agents I am coaching that even though they may consider themselves fluent speakers of their language, they still need to adapt to other ways of speaking that language to communicate effectively.

They often resist adapting their language because they think it is insincere or unnatural.

Can you share funny or challenging stories about language and culture, personal or at work?

One example that comes to mind was when a Chilean guest asked to “cancelar” their booking, which was for ten rooms.

The agent in question proceeded to cancel the booking, and the guest then called back asking why we had cancelled all his rooms when what he wanted to do was pay for it!

I ask Spanish speakers to be sure that a guest wants to cancel by checking using the word “anular” to avoid any confusion.

Have you ever worked with translators for business or personal purposes? How was your experience?

The only time I had to pay a translator was when in France, I needed an official translation of my birth certificate.

I hope you enjoyed this interview as much as I did.

As you can see, the passion for languages and culture is not just common in translators and interpreters.

Who knows, maybe Mark will become a translator one day!

I’m sure his experience will be very valuable.