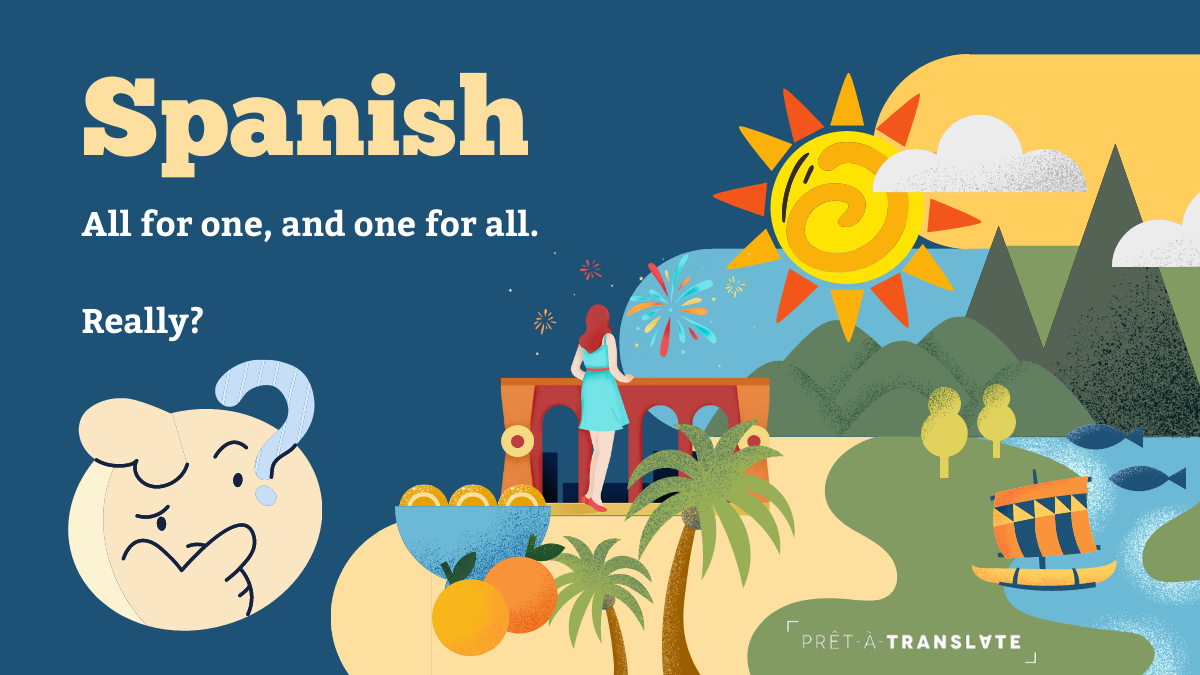 Spanish: all for one and one for all. Really?

Thanks to globalisation and the internet, companies can do business with clients all over the world. Clients who do not necessarily speak English. Actually, more than half of internet searches are made in languages other than English.

So you may start considering that adding languages other than English to your marketing strategy could help you reach new clients and increase your sales.

Let’s talk about Spanish. Here are some data from the 2021 report by the Instituto Cervantes.

Let’s simplify, and use Neutral Spanish

Let’s be honest, it is not that simple.

Spanish has many variations, corresponding to geographical location, history and culture. Showing your target customers that you do care for their language and culture will help you connect more with them.

Although it seems like common sense, this approach is relatively new.

I grew up in the 80s. At the time, there were only two national TV channels in Spain and some regional channels.

So, there was not a great deal of choice.

I remember watching Peanuts dubbed in Latin American Spanish. It took me years to understand why Linus, one of Charlie Brown’s friends, was taking a frazada everywhere with him. I could, of course, understand what they meant by the context, but as a child I simply did not understand why they used frazada and not manta, the word we use most in Spain for blanket. 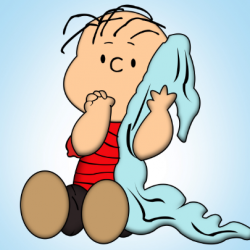 Linus and his blanket, a frazada in Latin American Spanish. Source: Pinterest.

You can see an example of an episode in this video.

Scooby-Doo, one of the most famous 80s cartoon series, was also broadcast in Latin American Spanish in Spain. 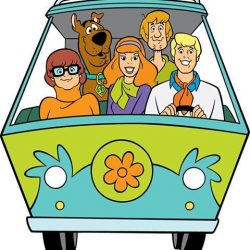 For Spanish children, this was both confusing and fun.

The same happens for Latin Americans in Spain. Sandra, a colleague from Colombia, told me that on her first job in Spain she was very confused when her boss asked her to get familiar with the documents in the ordenador. In Spain, ordenador means computer. However, in Colombia, an ordenador is an expanding file folder. She was puzzled because she could not see any folders in the desk. In Colombia, a computer is a computador. 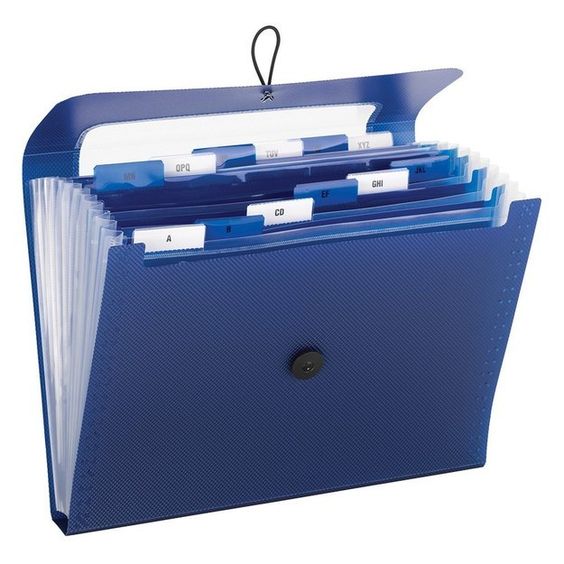 In IT localization, neutral Spanish was created to address a multinational Spanish audience. See some examples below, taken from real projects I have worked on. Some clients make their own decisions regarding neutral terminology though:

Which products would be more successful when translated into their local Spanish flavour?

Using neutral Spanish certainly saves money, but when it comes to products that are targeted to individuals, B2C products, it may not be that easy to use a neutral version.

In my opinion, food and fashion are two industries where local language flavours will help you engage more with your audience.

Even within the same country, you will find variations, although everybody will understand the standard terms. However, when you export those products to another country, these standard terms may vary.

Here are some examples of food and fashion terminology used incorrectly: 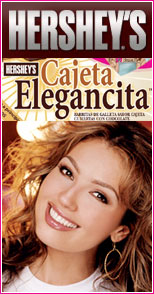 Hershey’s marketed one of its chocolate bars as Cajeta Elegancita in Mexico, which created a controversy in some parts of Latin America, where cajeta is a slang term for the female anatomy.

Hispanic advertising blunders are common in companies that want to take shortcuts with their international marketing strategy.

Gaby is a Mexican friend of mine who is married to a Spanish guy. One day, she was with her mother-in-law, who asked her to pass the colorete (blusher). Gaby gave her a lipstick instead.

Let’s learn a bit of cosmetics and fashion terminology:

What can we learn from all this? Although money is an important issue when it comes to planning your localization strategy, investing in a local strategy can save you more money than fixing branding issues in your target countries.

What about you? Can you think of any other industries where neutral Spanish is not that useful? Have you experienced an embarrassing situation because a Spanish term was used incorrectly?