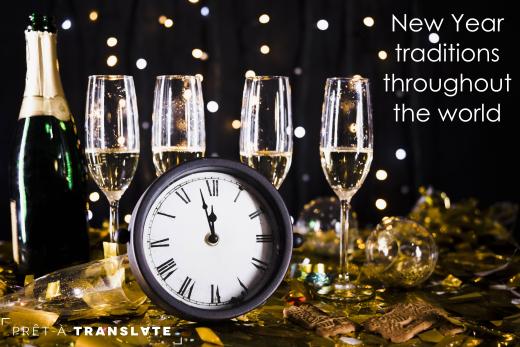 New Year traditions throughout the world

Last year, I spoke about some Christmas traditions around Spain.

Since Christmas is a long season, this year I am going to talk about some traditions to welcome in the New Year. Although we call them traditions, I would call them superstitions, as they are all practiced to attract good luck, wealth, health and prosperity in the coming year.

In Spain, as I am sure you’re aware, it’s tradition to eat 12 grapes with every chime of the clock, which dates back to the 19th century. In some Latin American countries, they have lentils.

Chileans welcome in the New Year with yellow underwear, which is even luckier if it’s a gift. Also, they put some coins inside their shoes hoping to get more money in the New Year, and those who want to travel go out and walk some metres carrying a suitcase.

In Uruguay, Argentina and Brazil they do the same with red underwear, which is increasingly common in Spain too. Tradition or consumerism? I’ll leave you to think about that!

In Brazil, it’s tradition to make the most of the summer weather, wear white clothes and go to the beach to make offerings to Yemoja, the water goddess, so she will bring good luck in the New Year.

Some Latin American traditions were in fact exported from European countries, such as eating lentils, which was originally an Italian tradition. 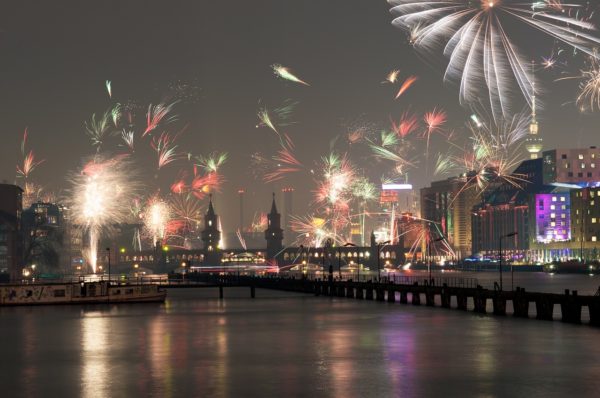 New Year celebrations and traditions may differ from one culture to another.

My colleague Amel explained that there are three different ways to celebrate New Year in Algeria.

In Greece, after New Year’s dinner, it’s traditional to play cards and bet small amounts of money or nuts if you don’t want to use money. My friend Georgios also told me about another tradition that I found very interesting. His family turn off all the lights when they countdown to midnight and turn them back on when the last bell chimes.

As I said last year, ignoring your target countries’ cultures, customs and traditions could affect how your clients perceive your company.

This time I’ll be a little more precise: you’re a lingerie brand and want to create an advertising campaign in Chile. What do you think would happen if you were to promote red lingerie?

If you prepare your content marketing calendar in advance, you could avoid simple mistakes like this that can make you waste time. And money.