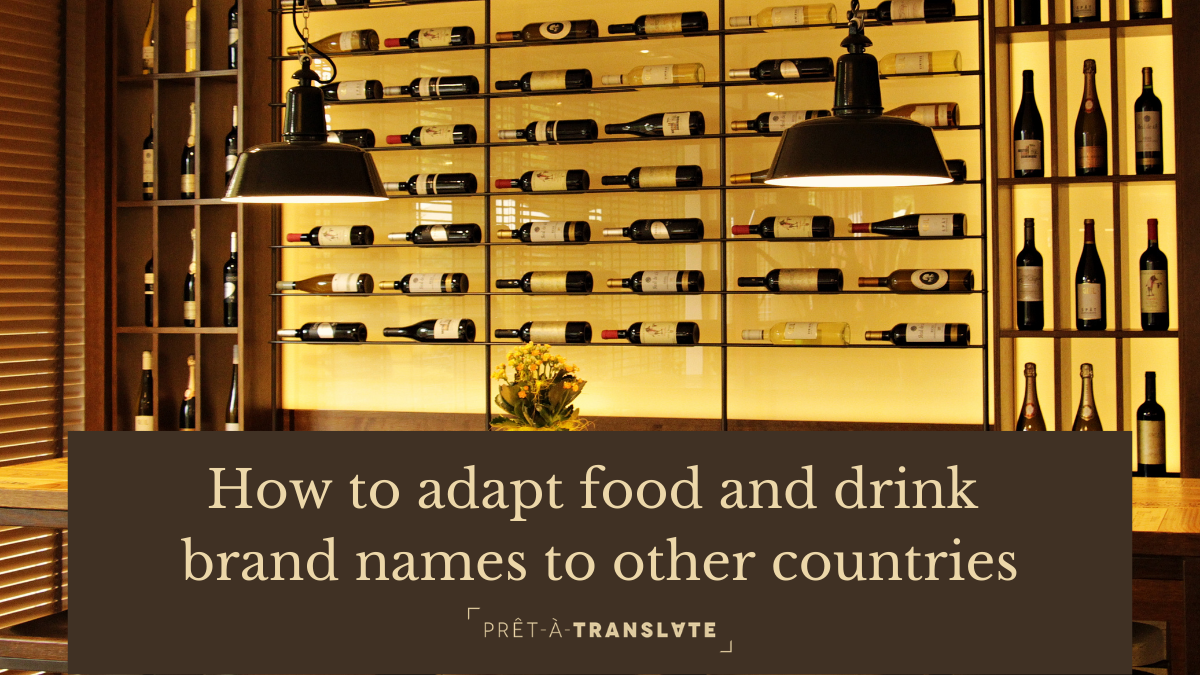 How to adapt food and drink brand names to other countries

When I was a child, I was a fussy eater. I was the typical kid that would really struggle at dinnertime. I hated pulses with a passion and would take hours to eat them.

Nowadays, I enjoy trying new things and cooking, although you’ll never catch me as a contestant on MasterChef.

However, I do really like reading about food, as it is a field that opens the door to many disciplines, such as science, history and culture, not to mention language.

I am honoured to have a reissue of El cocinero español y la perfecta cocinera, considered the first book about Malaga’s cuisine, which was first published in 1867.

The book really fascinates me, as it beautifully illustrates the culinary customs during that era and is written in nineteenth-century Castilian, with fragments like this (feel free to ask me if you need me to translate it):

I’m sure you’ve been surprised by some food and drink brand names while perusing the supermarket aisles like Stinking bishop, Bitch, Arrogant Bastard or Pigs Ass Porter. In Spain, we have El tío de las papas (the potato guy), Pijo (posh), Envidia cochina (stinking envy) or Malafollá (nothing to do with sex, this is an expression used all over Spain, and particularly in Granada, to define a person who has no sense of humour and who usually has a curt manner).

However, we need to be very careful when getting creative because besides sounding funny, it could also have a negative impact on your target audience.

In the field of gastronomy, a product usually has appeal because of its appearance, texture or smell, etc., but the words we use to describe or name it can also pique interest.

In addition to the formal aspects (name, symbol, design, etc.) a brand is also defined by what it represents for the company itself and the audience. If your company and your target audience don’t perceive the brand in the same way, then something has gone wrong. That something, among other things, could be the brand name.

Brand names are exported too

Some time ago, I wrote about menu translations into Spanish and how a poor translation could be damaging for a restaurant’s reputation. Today, I would like to talk about translating food and drink brand names.

Any product that is sold in another country should be adapted to the target language and culture. In the field of gastronomy, we don’t just adapt the packaging, ingredients or how a product is used (like when we used to drink cava with dessert and now it’s more common as an aperitif); sometimes we have to adapt the brand name too.

When doing so, you should take the following into account:

Together with your export consultant, translators can stop you from slipping up with cultural boo-boos and help ensure your brand starts off on the right foot abroad. Would you like to talk about it?