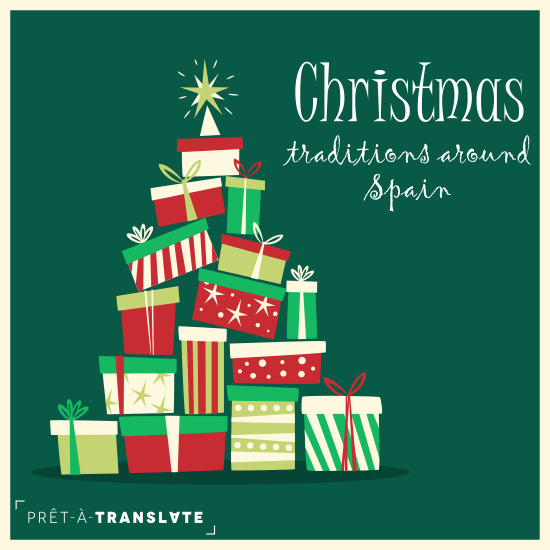 If there is one thing that makes a translator different from someone who just knows a language it’s culture.

Besides having a good level in the source and target language, as translators we need to know a lot about both cultures so that we can find suitable equivalents, make necessary adaptations or explain concepts that do not exist in the target culture.

Traditions are part of a community’s or country’s culture. With Christmas just around the corner, I thought it would be a good idea to explain some Christmas traditions from different parts of Spain.

Long before Spain’s economy depended on tourism, it was an agricultural country, with more people living in the countryside than in the city. Many traditions were associated with needing to ensure a successful crop.

In Catalonia, children receive presents from el Tió (as well as the Three Wise Men on the 6th January). El Tió is a log of wood from the forest that would be displayed in homes over winter. Families would worship it, hoping that the forest would continue to bear fruit once winter had passed. Over time, it has become a fun tradition for children. El Tió arrives at the house on or around 8th December (which is the day of the Immaculate Conception). He is covered with a blanket to make sure he is not cold and given food. On 24th December or Christmas day, children hit him with a stick so that he poos sweets and presents, a symbol of the abundance that will arrive after winter. Several songs accompany the ritual, like this one:

Don’t poo sardines in brine, because they are savoury,

Poo nougat, because they are tastier.

El Tió Christmas log that my friend Susanna has at her house for her children.

In the Basque Country and Navarre, Olentzero is a mythological character. He’s a well-built, northern man who works in a coal mine and enjoys his food. His role has been interpreted in different ways throughout history: he was believed to be a symbol of the forest that was burned to leave the bad behind and wait for better times and even that he announced Jesus’s birth. He was even used as a symbol to scare children. Olentzero is now thought of as a good-natured coalman who brings children presents on Christmas Eve. 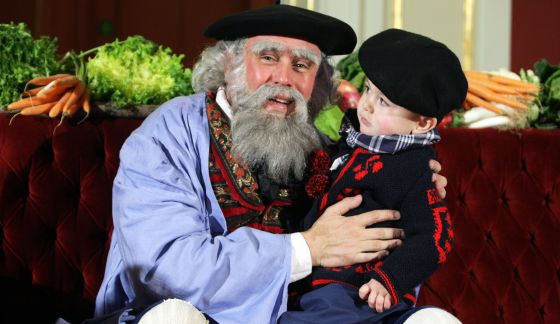 In rural areas, the main concern is if there will be enough food. That’s why in Galicia, another coalman, O Apalpador, comes during the night of 24th or 31st December (depending on the region) to rub children’s stomachs to check they have eaten enough during the year. Before he goes, he leaves a bag of chestnuts or a gift as a symbol of his wish for abundance for the coming year.

Although the O Apalpador is an ancient tradition, it has not been preserved throughout Galicia. It originated in some of the mountainous regions to the east of Lugo and Orense, although efforts are being made to recover the tradition all over Galicia. 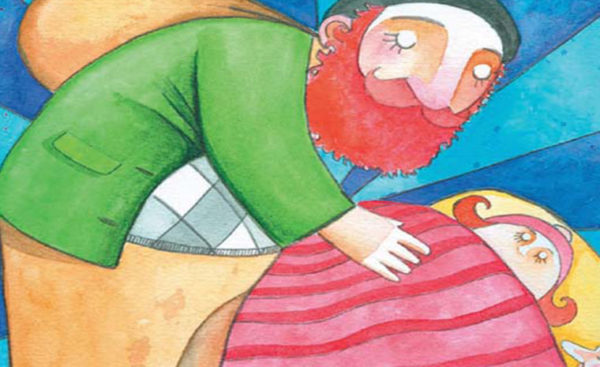 A tradition with a lot of rhythm: La Zambombá

In Spain, like many other countries, we sing Christmas carols. There’s such a variety, from the traditional songs to more modern ones inspired by rock or flamenco. Jerez de la Frontera (Cádiz), the cradle of flamenco, is home to a tradition that is now celebrated in many parts of Andalusia: La Zambombá.

Christmas is a time for enjoying your friends and family and being happy that you’re all together one more year and raising a glass for the good that’s to come. If we do this around a fire, with a table full of food, traditional Christmas sweets, and liqueurs to the rhythm of flamenco carols, then everyone has more fun!

Everyone is welcome at a Zambombá party, which is why they are usually organised by groups of neighbours and cultural associations. Last Saturday, I went to one at my friends’ bar, the Bar Los Valles in Torremolinos, and I recorded a short video for you.

I hope you have found these traditions interesting, whether you’re a translator or not, and that you enjoy Christmas however you like it.